Some kids want to grow up to be pro basketball players or astronauts; my daughter on the other hand wants to grow up to become a unicorn. Lots of parents still tell their children often that they can grow up to be whatever they want to be. That’s all well and good unless your daughter wants to become a unicorn or your son is 16 years of age, only 5’5″, and wants to play for the Chicago Bulls. If your 16 year old has unrealistic pro sports dreams without a backup plan such as a college education or goals outside of these pro sports dream, then you are failing them as a parent by saying “you can be anything you want to be”. The odds of my daughter becoming a unicorn when she grows up are zero. I can respond with “that would be so much fun to become a unicorn, but we don’t get to change species when we grow up, although it is fun to pretend to be a unicorn now though”.

Reality and truth need to go hand in hand with your advice to your kids.

Otherwise, your 16 year old with dreams of becoming a pro ball player may end up becoming a 25 year old living in your basement and delivering pizzas for a living.

Don’t dole out poor advice and absolutes that simply are not true in the real world. Evaluate the advice you are giving your kids: Is is true or realistic? Is it helpful or harmful to them in the longterm?

It is time to stop using antiquated words of advice with our children that are actually doing more harm than good. Turn those antiquated phrases around by using thoughts, ideas, and advice that can actually work in the real world and help them, not harm them.

Below are some of the common words of advice that parents are still using today that need to stop, along with suggestions regarding what should actually be said.

This is some of the worst advice parents can give to their children. Children actually learn more from their parents’ modelling of behavior, than what they say to them. If parents are modelling poor behavior then saying “do as I say, not as I do”, their words will have little to no impact. Instead, it is better to acknowledge their shortcomings if they see their child following in their footsteps with a particular bad habit. If parents feel compelled to use such a phrase, perhaps it is time to reassess their own habits.

For example, if I tell my daughter not to yell at her brothers, yet that is what I am doing every day to her and her brothers, perhaps it is time to look myself in the mirror and work toward meaningful change in stopping my own yelling first, so I can model better behavior. It is hard to teach someone how to change their behavior if you can’t or won’t do it yourself. Work to be an example of how you want your child to act, as you are the most influential model in their life. Actions speak louder than words.

How do parents know everything will be ok? Parents are not fortune tellers, so sometimes it’s best not to use that phrase, especially when it is not helpful.

If your child’s best friend is dying of Leukaemia, it’s unrealistic and actually harmful to your child to say “everything will be ok”. Often to a child that phrase is internalized that things will turn out how they want them to turn out. To this child, that phrase can thus be interpreted in their mind that their friend will be cured and coming back to school soon. You don’t know if that is the case, especially in a situation where things are deemed “terminal” of “highly unlikely”.
Don’t give your child false hope, as you will be seen as a liar. It also inhibits their ability to process the situation. Instead of making yourself out to be a liar, be realistic. Let your child know gently and sensitively the reality of what is possible or likely going to happen. However, you can also allow them to keep hope alive at the same time. Don’t try to delude them of the gravity of the situation by saying “everything will be ok” if that is clearly not the case.

To continue to read my article go to LifeHack.org where it is published in full: http://www.lifehack.org/615024/how-good-advice-by-parents-turns-out-to-be-bad-for-children?ref=star_profile_latest_posts 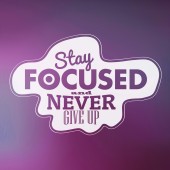 Swimming Lessons for Babies and Toddlers that can Save Lives!